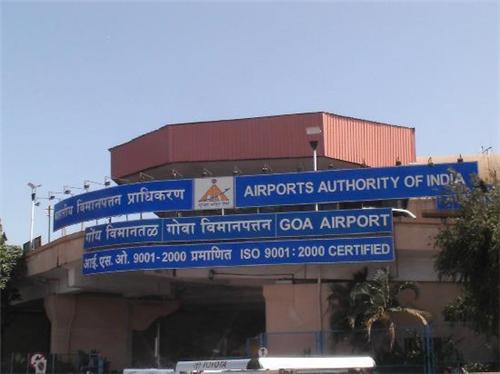 Goa International Airport, more popularly known as Dabolim Airport, located in South Goa in Dabolim Village is the only airport of Goa. However, a new international airport in Mopa village in North Goa has already been finalized and is due to be operational by the end of 2017. But, as of today, Dabolim International Airport is the only operational airport of Goa. It is located some 30 kms away from capital city of Panaji, however nearest prominent city is Vasco, located merely 4 kms away from airport.

Dabolim International Airport is today proudly one of the state-of-the-art airports of India. In 2008 it was chosen amongst 35 airports of India for expansion and renovation. Choosing Dabolim Airport for state-of-the-art renovation was very obvious, as Goa is a leading tourist destination of India and its airport expansion was planned obviously to give boost to its tourism sector. The entire expansion and renovation that mainly included building a swanky integrated terminal was completed in 2013 and was opened for public in the same year of December.

Mentioned below are some details of all the improved facilities available at newly renovated Dabolim Airport:
As for connectivity is concerned, domestically Dabolim Airport is connected to all major cities of India: Mumbai, Delhi, Bangalore, Chennai, Kolkata Hyderabad and Pune. All prominent domestic carriers including low cost airlines operate their flights from Dabolim Airport. In case of international flights, Dabolim as of today operates international flights to very few destinations, mainly to Gulf Countries. However, few years back several European charter airlines were allowed to fly their charter planes to Goa. Although these European charter airlines operate their flights only during tourist seasons, i.e. from November to May.


Below are few important details of Dabolim Airport: