Goa carnival is not just the biggest but is also the only biggest carnival festival of India spanning for four days. It is unarguably the biggest annual show stopper of Goa in which probably every Goan citizen cutting across religion, caste, creed and age, happily drown themselves in this four day festival of pure joy and ecstasy. This annual carnival is actually a precursor to 40 day lent fasting practiced by Christians, during which they abstain from meat on every Friday for next 40 days to commemorate the Easter Day celebration. 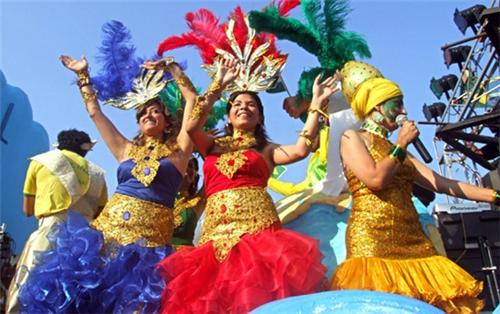 So, this carnival is like a big party before the season of fasting and penance begins. Although this carnival has a huge significance to Christians, but locals from all religions participate in huge number. In fact today this annual four day carnival festival belongs to every Goan citizen irrespective of their religion and creed. As it celebrates the very essence of Goa: to celebrate every moment of life.

This four day festival usually starts in last week of February. The festival begins with customary dance and music parade from capital city of Panaji. Samba dancers grooving on Latin music are especially major attraction of this parade. But, the main and principal attraction of this parade is king Momo, who officially announces the beginning of the joyous festival. He sits atop on a huge decorated vehicle (referred as float) that parade through all major cities of Goa to officially announce to all Goans that festival has started. The king Momo’s float is also accompanied with 20 to 30 decorated floats on the top of which colorful dancers and singers in their typical carnival cloths set the entire festival on fire. 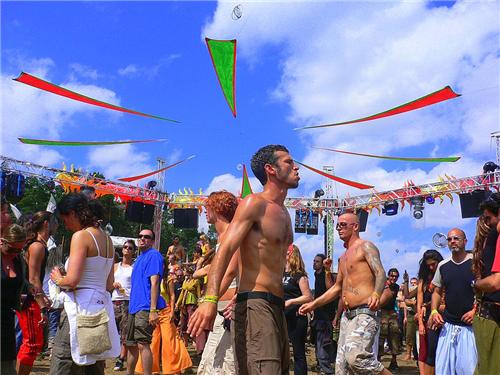 All the major cities of Goa including Panaji literally comes to standstill to welcome these floats. With humongous crowd, heart throbbing music and vivacious samba dancers coming together, it literally feels that entire Goa has gone wild in a big fat party. In fact during these four days probably no other place in entire India is as happening as Goa is. And hence there is indeed nothing more wonderful for a joyous and fun loving person than to be in Goa during the Goa carnival. This is also purely why over the decades the fame of this annual carnival has even reached the shores of foreign countries, drawing millions of foreign tourists from every corner of the world.

Over the years the festival has also begun to accommodate other cultural aspects of Goa like Goan cuisine, Goan folk dance and even solo and band performances by local Goan artists. So, today the festival isn’t just about going ga ga over music and dance, but also a window to rich culture of Goa.
To know the exact schedule of this annual carnival event, all you have to do is logon to official site of Goa Tourism department: https://goatourism.gov.in/. The website duly informs about all the programs and schedules during four day carnival.

Goa Carnival is by far the biggest festival and event of Goa. Hence if there is any best time to visit Goa, then it is during this annual carnival show.

Explore more about Culture of Panaji