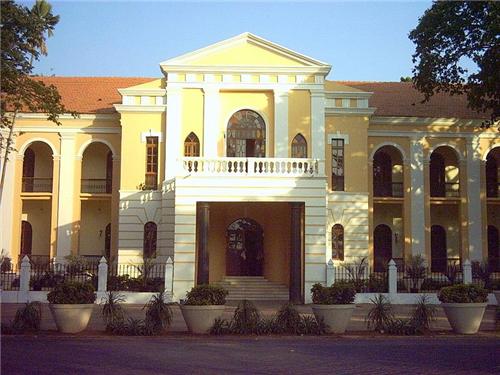 Panaji is a proud capital of Goa, which is one of the richest states of India and whose importance from the context of India’s resurgent tourism industry is really immense. With Goa having such huge stake in India’s overall economy, Panaji’s efficient civic administration assumes immense importance. This is more so because Goa is the smallest state of India and hence any law & order or major civic problem in the city’s capital would have immediate adverse impact on entire state.

Like in the case of any other major Indian cities, the civic administration of Panaji too is duly shared by Municipal Corporation, Police administration, District Collector and Judiciary.

Here is a brief look at each of this administrative body.

Panaji is the smallest municipal corporation in the entire world. But, in terms of civic development of Panaji city, the world’s smallest municipal corporation has some outstanding achievements to its name; which invariably helped Panaji city to become one of the most developed cities of India today. In fact some of the world class infrastructure that Panaji city boosts cannot be found even in major metropolitan cities like Mumbai and Delhi. Besides and more importantly, Panaji Municipal Corporation is the oldest civic institution of Asia. This municipal corporation was instituted in year 1843 itself, when Portuguese were still ruling Goa. All these rare distinctions and achievements surely make Panaji Municipal Corporation one of its kind amongst all hordes of civic institutions in rest of India.

Panaji’s economic and civic development obviously also depends on efficient law and order situation in the entire city. Besides, its law and order is also very critically important for sustaining Goa’s booming tourism industry. Any law and order problem in the capital city of Panaji would invariably have an adverse impact on tourist inflows in Goa. Hence Goa Police always maintains special focus on Panaji city. In fact the headquarters of Goa Police is located in the heart of Panaji city itself. And besides, there are local police stations located at important parts of Panaji city.

Goa Police has also instituted many special departments like Special Crime Branch and Anti Narcotics Cell, who equally contribute in maintaining law and order in Panaji and also rest of Goa.

With three courts located in the vicinity of Panaji city, it surely boosts a very efficient judiciary system; which is invariably contributing not only in the development of Panaji, but also entire Goa state.