Goa is the smallest state of India and invariably Panaji is also the smallest city of India. But Panaji’s extremely small geographical size doesn’t make law and order responsibility any less challenging for Goa police. If anything maintaining law and order in Panaji city is as challenging as maintaining law and order in big cities like Mumbai and Delhi. This is definitely due to the fact that today Goa is a high profile tourist destination of India, attracting millions and millions of tourists not just from India but also from far corners of the world. 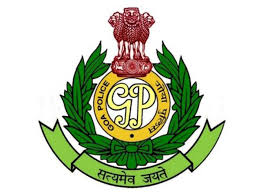 Needless to say, when millions of tourists reside in one of the smallest states of the world, the law and order situation is bound to get challenging. And the toughest law and order challenge definitely lies in the capital city of Panaji. Being capital of the state, it is obviously the nerve center of the state. Any law and order problem here would have a trickling impact on the entire state; which consequently would have an impact on all important tourism sector. Hence for maintaining law and order in Panaji city, Goa Police has put its headquarter office in the very heart of Panaji city. Besides, Goa Police has also put in place quite a few police stations in and around Panaji city to keep a tab on unlawful activities.

And just like any other state police, Goa police has also set up many special departments for maintaining more efficient law and order control over the state. These departments include Anti-narcotics Cell, Anti-corruption Branch, Tourist Police, Escort Cell and many other important departments.