Goa is a land of beautiful churches. Nowhere in India will you find so many beautiful and sacred churches then in Goa. Here each church has its own unique beauty. Each bears a rich history and legacy and each has its own religious sanctity for local people. But, there is one church in Goa that seamlessly brings together all these special features. This church is Se Cathedral Church located in Old Goa, some 9 kms in the east of Panaji city, and very near to the famous Basilica of Bom Jesus Church. 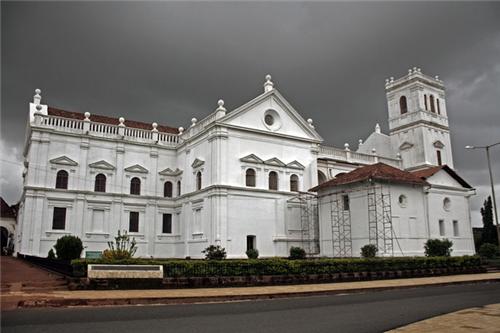 What so Special About Se Cathedral?

Se Cathedral Church has so many special attributes to its name that it is regarded as a special jewel in the crown of Goa. One such special attribute is that this is the largest church in entire Asia. But its architectural beauty and size can’t take precedence over its religious sanctity and its amazingly rich history.

This church being one of Asia’s grandest churches surely has to have many architectural features. To begin with, this church is actually a huge complex where, besides the main cathedral church, there are 6 small churches and even a museum. These 6 small churches are located on either side of the main church. In fact, the entire church complex is so huge that it takes at least an hour to explore all churches including the museum. As for architectural design of the church is concerned, it bears huge influence to the classic European architecture – bringing together Tuscan style and Corinthian style architectures.

Before summing up, it’s again very pertinent to mention that this church is one of the most important and sacred churches for local catholic community of Goa. Just like it was during hey days of Portuguese Empire when the church was the official Archdiocese of Goa and Daman.