The city of Panaji or for that matter the entire state of Goa itself is one of those rare places in India where cricket faces stiff competition from the likes of football and even adventure sports. This is truly exceptional as such a huge liking for unpopular sports like football is only found in very few places across India, which mainly includes states like West Bengal and Northeastern states. 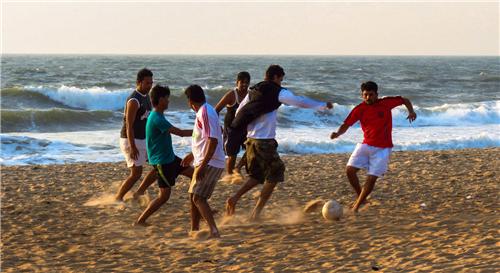 The popularity of football and adventure sports is actually due to the presence of innumerable beautiful beaches that Goa is so much blessed with. As wherever there are beaches, sports like football and water adventure sports are invariably popular among local people and Goa including Panaji is no exception to this rule. As matter of fact, the popularity of football in Goa is such that two most successful football clubs of India Salgaocar Sports Club and Dempo Sports Club are based in Goa; and amongst these two the Dempo Sports Club is based in the city of Panaji itself. The contribution of Goa to Indian football is also very precious, as Goa has contributed many world class football players to not just Dempo and Salgaocar but many other prominent football clubs of India.

As for adventure water sports, the passion for it comes very naturally to Goan people. This is all thanks – as mentioned earlier – to beautiful beaches located all throughout Goa. Windsurfing, Dinghy Sailing, Scuba Diving, Water Skiing and other many water adventure sports are hosted in almost all the beaches of Goa round the year. Miramar Beach and Dona Paula beaches, which are located in the proximity of Panaji city, also host water adventure sports activities round the year.

These beautiful beaches are also where locals play football and cricket matches. This is not purely due to pleasure of playing favorite sports alongside beautiful beach, but only because Goa is starved of big playgrounds. Hence local people invariably head towards nearest beach for playing their favorite sports. 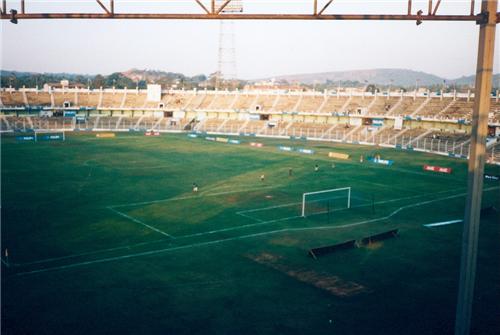 Goa also has fair number of sports coaching centers which mainly caters to swimming, football and cricket. Some amongst these coaching centers are located in the very heart of Panaji city. And last but not the least, whenever there is a discussion of sports, the invariable mention of sports stadium is but obvious. However, unfortunately as of today Panaji city doesn’t have any world class stadiums. All the famous stadiums like Fatroda Stadium, Tilak Maidan Stadium and Duler Stadium are all located in adjoining towns and villages. The Fatroda Stadium, which is by far the biggest & most popular stadium of Goa, is located in Margo town – some 40 kms away from the heart of Panaji city.

Overall, the entire sports scene in the whole of Goa is very colorful and interesting. What makes it interesting is the fact that sports enthusiasts of Panaji city and likewise of all the towns of Goa haven’t completely fallen prey to passion of cricket, they have duly accommodated other sports like football too. And water sports was anyways popular in Goa since time immemorial.